Why are they so important?

Why do you need to know how to recognize them? Actually, you don’t need it; unless you want to pronounce Spanish correctly, of course!

And I guess that’s why you’re here.

Before you continue reading I recommend you take a look at this article on how to pronounce the Spanish vowels so that you squeeze the 100% of this post.

I’m going to make it as simple as possible so that you can easily understand how Spanish diphthongs and triphthongs work.

I didn’t want to make this post very thick, so I’ve divided it into 2 parts:

If you want to go straight to the point, click here.

What is a diphthong

A diphthong is formed by two vowel sounds, which are pronounced within the same syllable.

The 2 differences between English and Spanish diphthongs

In short, this is the difference between English and Spanish diphthongs:
♣ Spanish diphthongs always have two (written) vowels -“gue”, “gui”, “que” and “qui” are an exception. (In Spanish, 1 vowel equals 1 sound.)
♣ English vowels may be pronounced as two sounds (like in my), as one sound (like in yes) or may have no sound at all (like the letter E in little).

How to recognize Spanish diphthongs in 2 steps

The first step to knowing whether you have to pronounce the vowels in the same syllable: Recognize the vowels

To understand how diphthongs work you should know that there are two kinds of vowels -as you’ve already seen in the previous post on how to pronounce the Spanish vowels.

So first of all, you should recognize if the vowels are open or closed.

Spanish diphthongs are formed by one open vowel (a, e, o) + one closed vowel (e, i). 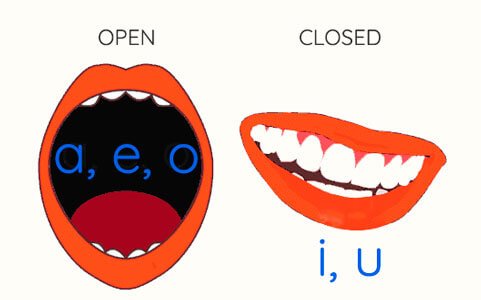 The diphthong is formed by the vowels I+E, but the emphasis is on the open vowel (e). It’s pronounced /bién/.

The diphthong is formed by the vowels U+E. But the letter E is the protagonist of the syllable. The letter U is weaker. It’s pronounced /puér.ta/.

If I say “esta perta está ben” -without pronouncing the closed or weak vowels-, people will understand more easily than if I only pronounce the closed vowels.

In fact, this is the way babies speak when they say their first words. Instead of saying “bueno” they say “beno” (or something like that similar) and instead of “agua” they say “aba”.

By reading the following story you’ll remember all this theory.

Story (part 1): Alberto doesn’t know that he lives with a mouse

The main characters of this story are Alberto, a strong elephant, and Milu, a weak and hungry mouse.

Their names aren’t a coincidence.

As you can see, Alberto is huge. He takes most of the attention and space -and food! He’s the king of the house (syllable) and doesn’t know that Milu is living with him.

Poor Milu, he’s weak and hungry -look at his teeth!

He’s so weak that he can’t go very far.

He wants to have his own house but he needs to stay close to Alberto, to eat his crumbs, and get a bit of energy when Alberto doesn’t realize.

Alberto (open -or strong- vowel) is the protagonist of the syllable so we pronounce it with more emphasis than the closed vowel (Milu).

Examples: pierna, piel
In both words, the open vowel (E) is pronounced stronger and the letter I sounds weaker: /piér.na/, /piél/.

The words cambio and cambió.

The two words have the same diphthong (I+O).

In both cases, the letter O is pronounced with more emphasis than the letter I.

However, the most important part of the word (accent) is different in the two words: /CAM.bio/, /cam.BIÓ/ 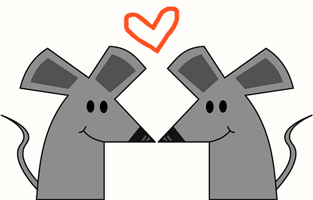 Sometimes, when Alberto goes for a walk, Milu invites his girlfriend over to Alberto’s home.

But only sometimes (you’ll know why when you read the 4th part of the story).

They are only two little mice so the two of them have plenty of space in the house. No protagonist.

The diphthong is formed by I+U. None of these 2 vowels is the protagonist. It’s pronounced /triun.’far/.

The second step to knowing whether you have to pronounce the vowels in the same syllable: Answer this question

You already know that Spanish diphthongs always have two written vowels and that you should identify them (open/closed).

But how can you recognize that those 2 vowels should be pronounced in the same syllable?

There’s room only for one Alberto at home (syllable). In Spanish, any syllable contains a máximum of 1 strong vowel or 2 week vowels.

All the Spanish diphthongs have, at least, one weak vowel. But the weak vowel can’t have an accent mark (i, u). The other vowel can be weak or strong.

So this is the question:

If the answer is YES, then you have to pronounce those 2 vowels in the same syllable.

On the following image, you can see how to form diphthongs and some examples with each combination.

Be alert to these letters 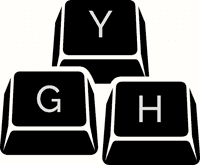 For English natives, it’s very natural pronouncing diphthongs where they don’t exist in Spanish, mainly at the end of the words: 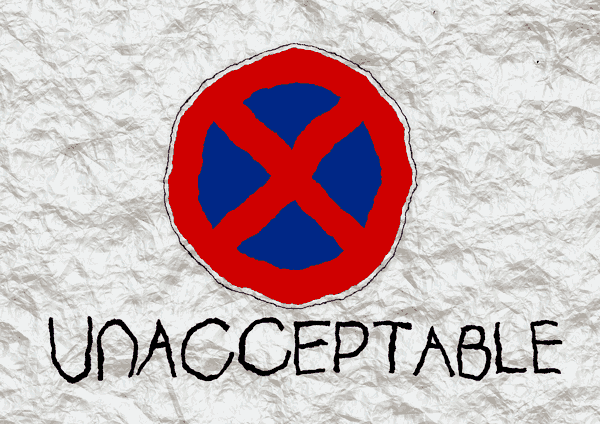 This is something that comes naturally to English native speakers, while we (Spaniards) tend to do the opposite when speaking in English.

We never add extra sounds. In any case, we’d skip them!

If a diphthong is the combination of two vowels pronounced within the same syllable then, what is a triphthong?

That’s it. 3 vowels, side by side, pronounced in the same syllable.

None of the two closed vowels have an accent mark (cheese)- Here you can find out why.

Milu and his girlfriend are enjoying at home when suddenly, they notice Alberto is opening the door.

The two mice run towards the corners of the room so that Alberto can fit in it.

The 3 of them form a triphthong.

If you want to know when you should pronounce vowels in different syllables, you can read this post: Spanish hiatus.

Letter D – How to pronounce it in Spanish

Rock & Roll your R – The Spanish trill, step by step

Spanish vowels vs English vowels – 6 differences between them