Did you know that almost half of the sounds we pronounce when speaking Spanish are vowels?

In Spanish, vowels are the most important part of a word. If you pronounce them wrong, it’ll be difficult to understand.

In this other post, you can see some tips for avoiding common errors (by English natives) when pronouncing the Spanish vowels.

And if you want to know the 37 sounds of Spanish and how to pronounce the Spanish consonants, click here.

The main difference between English and Spanish vowels

However, the English language has between 14 and 21 vowel sounds, while Spanish has only 5 vowel sounds. Every Spanish vowel is always pronounced the same way.

A Spanish word that contains 3 times the vowel E (for example, the word beberé), will be pronounced with only one vowel sound: [e]. This doesn’t happen in English.

In fact, some Spanish sentences contain only one vowel sound. For example:

I use this song quite often to help my students practice their vowels:

In this post, I explain 6 differences between English and Spanish vowels.

How to produce a vowel sound accurately

To say any vowel you need to control: 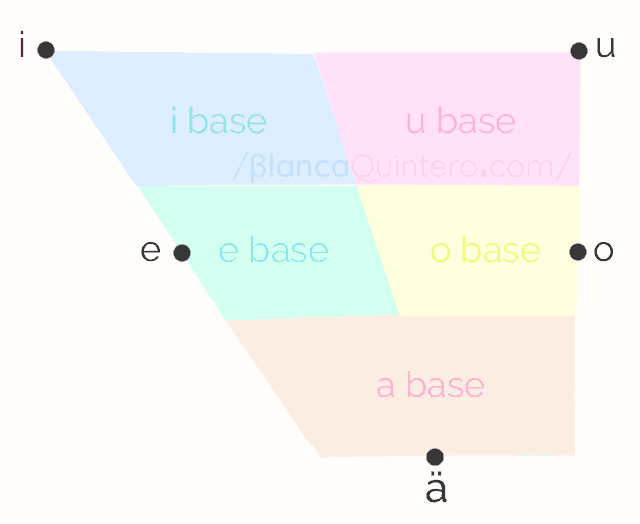 A little change in the position of your mouth can make you produce a totally different vowel sound and, consequently, change the meaning of what you are saying.

Have you ever heard a Spaniard pronouncing the word sheet? -This is definitely a word that many Spanish natives avoid when they speak in English.

Picture a Spanish native saying his boss: “I’ll bring you the shit in a minute”. (It wouldn’t be rare at all). We have a very strong accent because, among other things, Spanish vowels are totally different from English vowels.

Let’s go to the point!

How to pronounce the vowel A in Spanish

Most of the books/teachers/blogs say it sounds the same as the letter A in “father”. However, this affirmation isn’t very accurate since there are a lot of English accents and dialects.

The most similar sounds, which exist in all the English dialects, are:

These vowel sounds –/ɑ:/ and /ɒ/ – and the  Spanish A look very much alike. They are similar, but they don’t sound exactly the same.

How to produce the sound of Spanish A

The chart below will help you understand the position of your mouth to get the Spanish A. 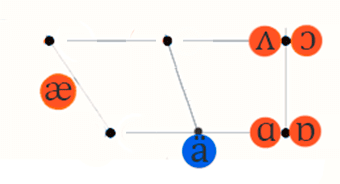 Differences between Spanish A and English /æ/& /ʌ/

The Spanish A is somehow in between the English /æ/ (cat) and /ʌ/ (cut) but your mouth should be more open.

Say “cup”, “cap” and “cop” following the indications on the previous table to produce the Spanish A. The sound you get should be different to the vowel sounds you normally use to pronounce those words in English –/ʌ/, /æ/ and /ɑ/.

Three differences between Spanish A and English /ɑ:/ & /ɒ/

When you pronounce the Spanish A:

Say “father” and “lot”, first normally (in English) and then pronounce those words while you open your mouth a lot and smile at the same time -as if you were screaming. Allow your mouth to produce a different sound and you’ll get the Spanish A.

How to pronounce the vowel E in Spanish

This affirmation isn’t accurate unless you’re from Yorkshire because the sound of Spanish E only exists in Yorkshire English.

British, Australian, or American English don’t have the sound of Spanish  E.

How to produce the sound of Spanish E 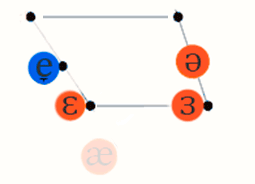 The main difference is that /ɛ/ is more open so it has a touch of /a/. Spanish E does not.

When you pronounce Spanish E:

How to pronounce the vowel I in Spanish

Did you know that…

If you’re on the coast and you ever hear a Spaniard saying “hey, do you know whether there’s a bitch nearby?”, don’t pout. The Spaniard only fancies diving into the water.

The Spanish I has a very similar sound to Australian and American /i:/ (need, eat). Similar, not the same.

Note: According to the International Pronunciation Alphabet (IPA) chart, English double E in beet and Spanish I (vivir) sound the same. But they don’t.

(The letters and symbols of the IPA represent very similar sounds -sometimes the exact ones, sometimes not, like happens with the Spanish B or Spanish D).

How to produce the sound of Spanish I

The sound /i/ is half blue half orange. This is because it represents English and Spanish /i/, although their sound slightly different.

The Spanish I sounds more similar to /i:/ (need)  than to /ɪ/ (it). In all the English dialects. The difference is that the sound of Spanish I is:

Say “happy tea”, firt normally (in English) and then try to pronounce those words shortly and with a serious voice (the Spanish I).

Now pronounce the words “sheet” and “shit” with the Spanish I. You should hear a new word which isn’t any of the 2 previuous ones. If you don’t, then you aren’t getting the Spanish I.

How to pronounce the vowel O in Spanish

This is one of the most difficult vowels, not because of the pronunciation itself but because in English, the letter O sounds mostly like a diphthong. This is a common error when pronouncing Spanish O.

My teachers used to say that the letter O in “photo” sounds like the Spanish O.

The letter O in Spanish sounds like “oa” in Yorkshire English (goat, coat).

How to produce the sound of Spanish O

The sound of Spanish O is close to American /ʌ/ (money) but to produce the Spanish O sound:

The Spanish O is very like /ɔ:/ (law) too but when you pronounce Spanish O:

How to pronounce the vowel U in Spanish

Again, teachers/books/blogs say it sounds the same as double O (boot). But in what dialect? There are tons of English accents and dialects so we need to be more precise.

The Spanish U sounds similar to American /u:/ (goose).

How to produce the sound of Spanish U

Remember: The letters and symbols of the IPA represent similar sounds, but sometimes they don’t match. Like in this case.

The Spanish U sounds a little like /ʊ/ (book) as well but when you pronounce the Spanish U:

Almost half of the sounds we pronounce in Spanish are vowels so it’s important to pronounce them correctly.

In this video, Superholly talks about the Spanish and English vowels and, at the end, you can hear Holly rapping a piece of “Efectos vocales” (the rap song I told you at the beginning of the post). I’m impressed. She does extraordinarily well! (I’m a Spanish native and I think I’d have to try at least 56852 times to get it right).

Learn how to say the vowels in Spanish, and your accent will be almost twice better. 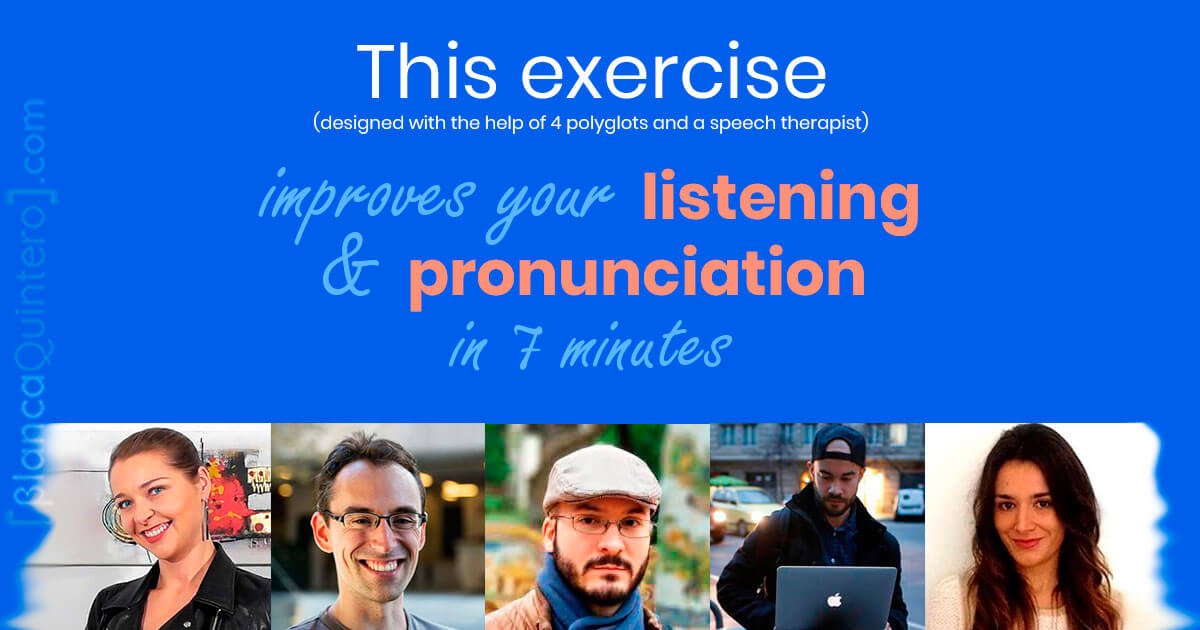