Spanish T – How to pronounce it like a native

Most of the English natives pronounce the Spanish T like in English. This is totally fine, because we can understand you, although that sound doesn’t exist in Spanish.

However, pronouncing the letter T in Spanish like a native is very easy and you can reduce your accent drastically with few simple tips.

The symbol for the Spanish T is [t]. This symbol is the same in English although the 2 sounds are a bit different.

The sound of the letter T in Spanish

The sound of Spanish T doesn’t exist in English since the 2 sound are produced in a different part of the mouth.

The sound of the letter T sounds softer in Spanish than in English.

Spanish T, it isn’t aspirated -it doesn’t explode. This means that you don’t hear the puff of air, like in top and tank.

The letter T in Spanish always sound the same way, no matter its position in the word.

Tips to pronounce the Spanish T

If you know how to pronounce the Spanish D, pronouncing the Spanish T like a native will be easier. The position of your tongue is the same. 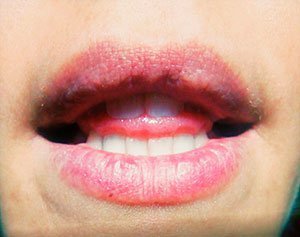 When pronouncing the English [t], your tongue only touches your palate while in Spanish, your tongue touches at the same time:

Your tongue pushes your teeth and palate and the sound is produced when it’s separated from them.